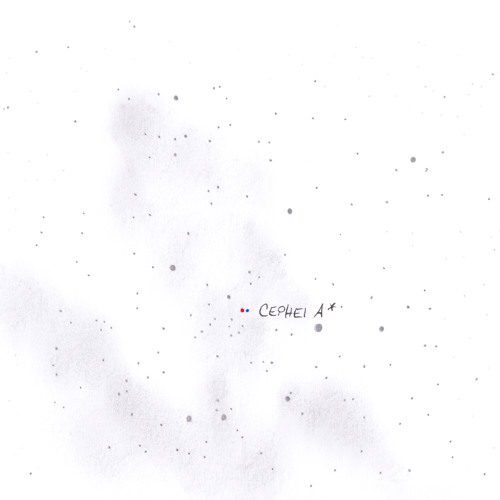 VV Cephei, also known as HD 208816, is an eclipsing binary star system located in the constellation Cepheus, approximately 5,000 light years from Earth. A red supergiant fills the system’s Roche lobe when closest to its companion blue star, the latter appearing to be on the main sequence. Matter flows from the red supergiant onto the blue companion for at least part of the orbit and the hot star is obscured by a large disk of material. The red supergiant primary, known as VV Cephei A, is currently recognised as one of the largest stars in the galaxy, with an estimated solar radius of 1,050.