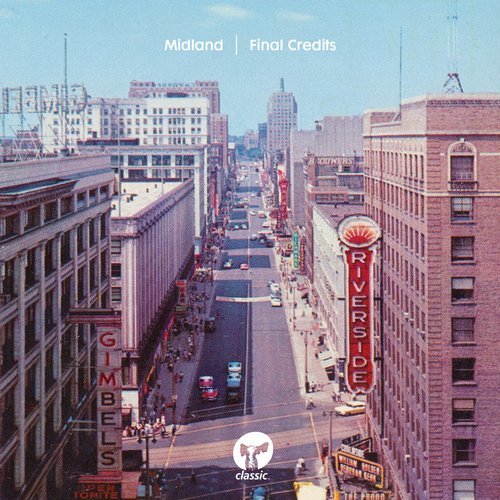 Harry Agius’s Regraded label, established early in 2015, specialises in disco-sampled house, with two of the label’s three releases to date coming from Agius himself under his Midland alias. As such, it’s the perfect home for ‘Final Credits’, a track that made an inauspicious debut as set-closer for Midland’s contribution to the BBC Essential Mix series in February last year before going gone on to dominate festivals and dancefloors the world over, eventually seeing a full digital release earlier this year via Luke Solomon and Derrick Carter’s Classic Music Company.

An undeniably uplifting slice of groove in spite of its downbeat lyric, ‘Final Credits’ is based primarily around a fortuitous marriage of two samples. The musical backbone of the track is a loop taken from the intro to Lee Alfred’s obscure 1980 cut ‘Rockin-Poppin Full Tilting’. This full-track sample contributes drums, bass, guitar, Rhodes electric piano and that waspish lead synth sound.

The plaintive, soulful vocals, meanwhile, are sourced from an acapella version of the Grammy award-winning 1972 recording of ‘Neither One of Us (Wants to Be the First to Say Goodbye)’ by Gladys Knight & the Pips.

The stringy, high-frequency synth on “Final Credits” initially reminded me of a similar sound on William Onyeabor’s “Fantastic Man,” and, more vaguely, the earthiness of an Arthur Russell remix. The synthy disco echoes of those artists linger, though “Final Credits” actually samples Lee Alfred’s “Rockin – Poppin Full Tilting,” a little-known 45 released in 1980. The original’s ramshackle groove is smartly edited, but the vocal is Midland’s trump card—pumped with a lot of soul and a little helium, it gives “Final Credits” a rousing second wind.

“Vigilante” sounds more like the Midland we’ve come to know: dramatic and elegantly melodic, with sour synth top notes that give the music a moody swagger. More than the two tracks on his first Regraded 12-inch, Double Feature, this B-side feels like an intuitive merger of ideas. Bringing together grainy disco drums and smooth, sustained organ notes, Agius anchors his recent disco influences with the brooding, after-dark moments that he’s long made his own.

Adam Port – Do You Still Think Of Me?